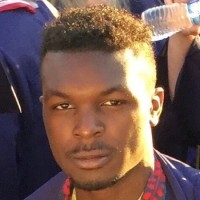 The Lessons OF History

Go to the Amazon page for details and reviews.

They wrote the massive 11-volume 10,000-page “Story of Civilization” covering Western history, then wrote this tiny 100-page book succinctly summing up its lessons for our present day.

Learn enough from history to bear reality patiently, and to respect one another’s delusions.

To the geologic eye, the surface of the earth is a fluid form.

Competition is not only the life of trade, it is the trade of life.

Co-operation is a tool and form of competition. We co-operate in our group to strengthen our group in its competition with other groups.

Our countries, being ourselves multiplied, are what we are. They write our natures in bolder type.

War is a nation’s way of eating.

Freedom and equality are enemies, and when one prevails the other dies. Leave men free, and their natural inequalities will multiply.

A society in which all potential abilities are allowed to develop and function will have a survival advantage in the competition of groups.

History shows little alteration in the conduct of mankind. The Greeks of Plato’s time behaved very much like the French of modern centuries, and the Romans behaved like the English.

Out of every hundred new ideas ninety-nine or more will probably be inferior to the traditional responses which they propose to replace. These are the wisdom of generations after centuries of experiment in the laboratory of history. So the conservative who resists change is as valuable as the radical who proposes it - perhaps as much more valuable as roots are more vital than grafts. It is good that new ideas should be heard, for the sake of the few that can be used. But it is also good that new ideas should be compelled to go through the mill of objection.

The rebellious youth is no longer constrained by the surveillance of the village. He can hide in the protective anonymity of the city crowd.

Puritanism and paganism - the repression and the expression of the senses and desires - alternate in mutual reaction in history. Generally religion and puritanism prevail in periods when the laws are feeble and morals must bear the burden of maintaining social order. Skepticism and paganism progress as the rising power of law and government permits the decline of the church, the family, and morality without basically endangering the stability of the state.

History is inflationary. Do not hoard money.

Every economic system must sooner or later rely upon some form of the profit motive to stir individuals and groups to productivity. Substitutes like slavery, police supervision, or ideological enthusiasm prove too unproductive, too expensive, or too transient.

The concentration of wealth is natural and inevitable, and is periodically alleviated by violent or peaceable partial redistribution. In this view all economic history is the slow heartbeat of the social organism, a vast systole and diastole of concentrating wealth and compulsive recirculation.

The freedom of individuals in society requires some regulation of conduct. The first condition of freedom is its limitation.

In most instances the effects achieved by the revolution would apparently have come without it, through the gradual compulsion of economic developments.

Civilizations begin, flourish, decline, and disappear - or linger on as stagnant pools left by once life-giving streams.

Homer has more readers now than in his own day and land.

The essence of art and civilization is the replacement of chaos with order.

Progress is the increasing control of the environment by life.

Civilization is not inherited; it has to be learned and earned by each generation anew. If the transmission should be interrupted for one century, civilization would die, and we should be savages again.

Education is the transmission of our mental, moral, technical, and aesthetic heritage - for the enlargement of man’s understanding, control, embellishment, and enjoyment of life.

You May Also Enjoy

All children, except one, grow up. They soon know that they will grow up, and the way Wendy knew was this. One day when she was two years old she was playing...